Skip to content
Six reasons for your Dagestan travel
Upon arrival a lot of people ask me: “Is Dagestan in Russia or not?” This can be explained by how different, diverse and unusual everything feels here in comparison to the Central regions.
Dmitry Lemeshev
Dagestan is a country of mountains 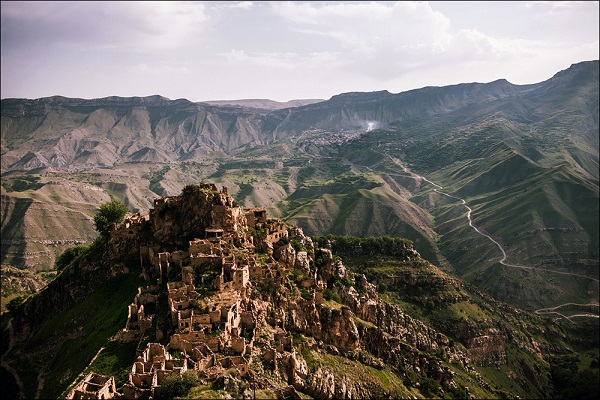 The mountain ridges are 2000-4000 meters high with endless meadows below…
Despite the heavily populated areas you can easily get lost here. Dagestan resembles the mountain ridges of Central Asia and Tibet more than the Caucasus.
Aouls above the clouds 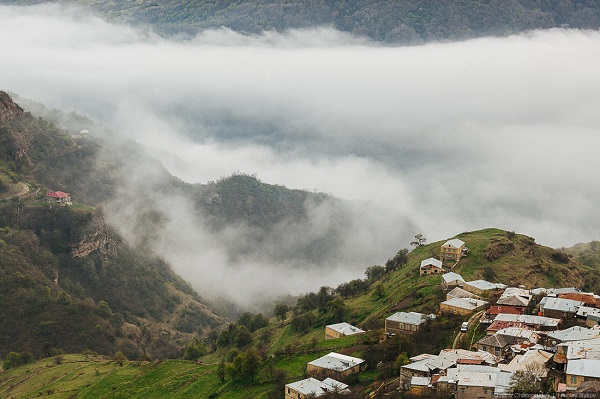 Dagestan has the highest mountains in Europe. The villages reminds you of an aerie or a wild goat climbing a mountain cliff. One example of aoul is a village called Kurush that is elevated 2500 meters above the sea level.
Mountain aouls of Dagestan are cut off from the rest of the world by mountain ridges. Sometimes, when you walk out onto the deck in the morning, it looks like the house is floating above the clouds. Civilization, politics and internet are all left behind in these secluded areas.
Dagestan is an ethnographic reserve 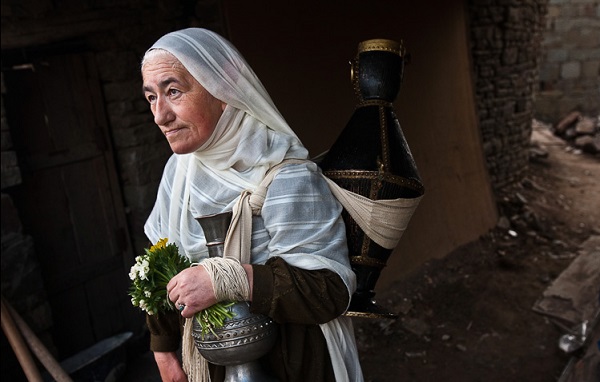 Dagestan is a nature reserve of the Caucasus. To this day people still wear indigenous dress, prefer traditional cuisine and, most important, live in accordance to ancient adats and Islam traditions. The majority are following Sufism because Dagestan is one of the Sufism centers of the world! The Dagestan mountains are truly alive.
People here are trying to adjust their ancient traditions to new technologies. For example, urbech is still traditionally prepared by grinding nuts between millstones, but nowadays the millstones are moved by an electrical engine. Women still prefer to carry water in old copper jugs if the distance is reasonable. But if the water has to be extracted from a deep mountain gorge a water pump is used.
Dagestan is a workshop of the Caucasus 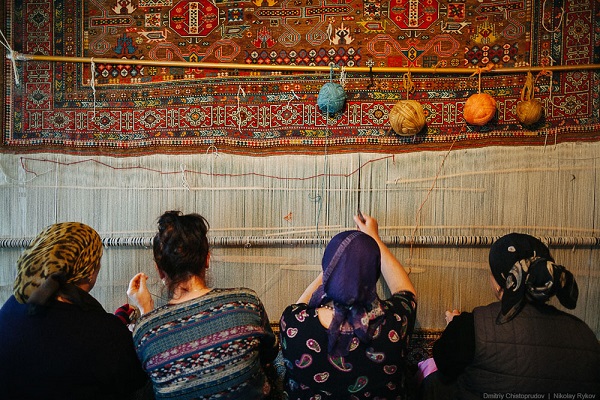 During the Middle Ages the population increased so significantly that it became impossible for families to survive in this tough mountain region relying on natural resources only. A lot of people migrated to big cities to learn new skills and sell their products in city markets. This was the beginning of the famous Dagestan trade.
- Kubachi Gold-works
You can’t imagine traveling to Dagestan without visiting Kubachi. Every single resident of Kubachi is a goldsmith. Here, goldsmith skills are something you learn from early childhood.

-Balkhar Ceramics
The famous thin-walled ceramics. During your tour to Dagestan you will have an opportunity to take a masterclass and learn one of the most fascinating pottery technics in the world.

-Ropewalkers of Tzovkra village
Perhaps the most unusual way of making a living was invented by the villagers of Tzovkra in the Middle Ages. They mastered circus tricks on the rope and began to travel around Central Asia to perform at hay markets. Ropewalkers have traveled as far as Afghanistan and West Turkistan! The art of rope walking is still alive here. That is why our tours to Tzovkra are the most exciting experience filled with unforgettable memories.
The Purity of Tourism 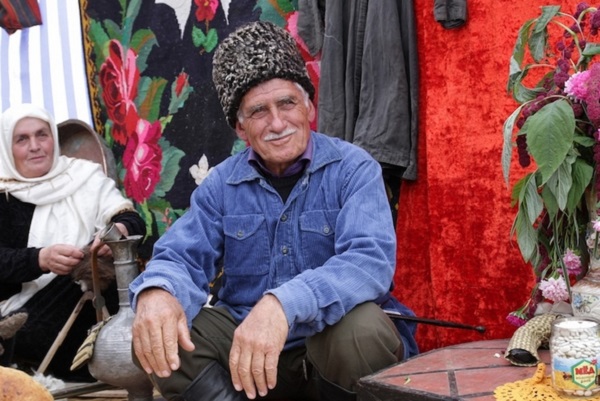 The term “Tourist” is unfamiliar to people from Dagestan. Anybody who is walking along the road is a pilgrim and has to be invited in. A guest is considered to be holy in Dagestan!
Guests are offered the best bedroom in the house, fed the best possible meal, and showered with attention. The comfort and safety of a guest is so important to local people that sometimes it looks like they care for a guest as they would for a child; walking him to his next destination, making sure he is in good hands. Tourism is rare in Dagestan. That’s why local people, especially high in the mountains, are extremely excited to have a guest in their house!
The homeland of urbech 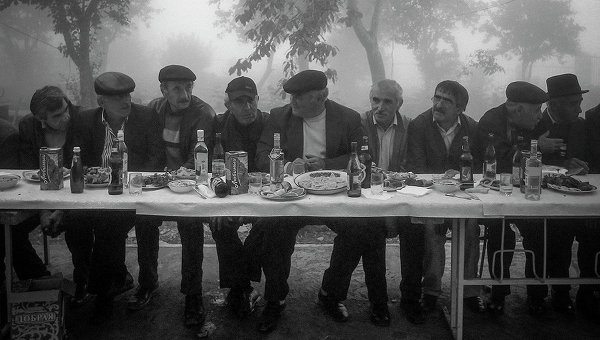 Dagestan cuisine is very nourishing, but, at the same time, simple. But you can’t call it acentric.
Urbech is perhaps the most well-known meal in Dagestan cuisine. For centuries shepherds and hunters packed it for lunch leaving for the mountains. Urbech is a paste made by grinding wheat and nuts between millstones. The most common ingredients for it are fried flex, almonds and hemp seeds. Before serving it as a meal Urbech is mixed with honey and melted butter.
Besides such a dessert like this on-the-go meal there are also very many home prepared dishes:

-Avarsky Chudu – pancakes that are thin as crepes and are stuffed with cheese, pumpkin and mashed potatoes with onions.

-Khinkal – is a whole world in itself! The traditional ingredients of this dish are boiled meat, souse, broth, and boiled dough… Dough recipe varies in different Dagestan cultures. It could be yeast based dough rolls (Dargin’s recipe), “ears” (Laktzevs) or square pieces of pasta (Lezgins).

-Kurze – almost every nationality has its own type of meat raviolis!
Text
Dmitry Lemeshev
Other articles by
the author

Other articles by the author
Editor:
Dmitry Lemeshev
FacebookTwitterVk
Other Articles
Visa to Georgia
Our news
Russian visa
Visa to Armenia
Our news
Go to Top