Skip to content
7 reasons to visit Abkhazia
Dmitry Lemeshev
Planning to travel in Georgia or visit the Russian Black Sea coast? Why stop there? Did you know that there is an exquisite little country located just ten kilometers from Sochi or Zugdidi? This country is Abkhazia, a small republic that just gained its independence in 1991. Often seen waving on Russia’s southern border, the Abkhazian flag, decorated with a red cannon from the medieval kingdom, bears a hand that wards off enemies and greets visitors. The flag also features seven stars, a sacred number, that represent the seven historical regions of Abkhazia, while the green and white stripes, again seven, are a reminder of the Abkhaz people and their tolerance of religions.
A Hidden Land 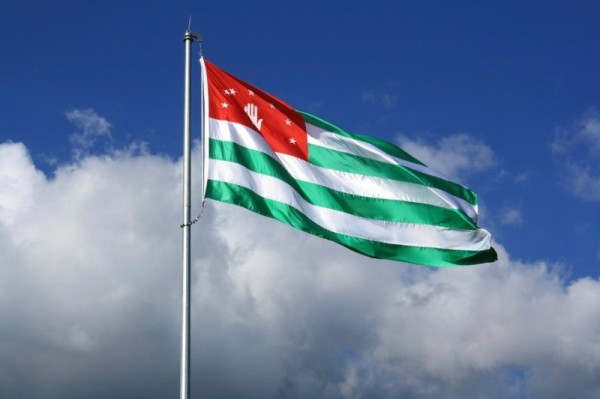 Just a thirty minute drive from Sochi or Zugdidi, you’ll find your entrance to Abkhazia, a mysterious land that lies hidden among the folds of recognized countries. Laden with many stories of war and often unmarked on maps, Abkhazia is a place where you will find yourself following paths that lead to beauty, friendship and history. You will be captivated from your first step across an imaginary border into a real world where Abkhazians will welcome you with appreciation in their warm hearts. By letting you into their country they will expose you to a thriving culture which will take hold of your heart, and leave you with fond memories to relish for the rest of your life.
Adventures through Wild Landscapes 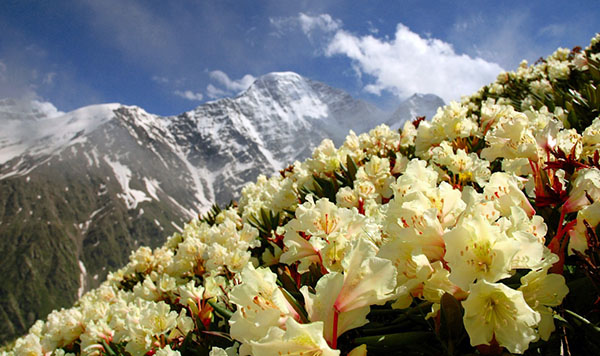 Abkhazia’s nature has barely changed since the Paleolithic Age. Mountains converge at a point that joins the East and West, creating a unique environment like few other places in the world. Beautiful sub-tropical beaches trimmed with palms will beckon you to swim, but if you turn around you’ll find yourself face to face with vast forests, perfect for hiking and only fifty kilometers away from stunning mountains that make up a snow-covered paradise. Rare plants dot the landscape, many native only to this area. Upon returning to the coast, you can relax and enjoy fresh citrus and other exotic fruits.
Reign of Heritage

When you step into the history of Abkhazia you will see cultures from a variety of epochs throughout time. Visit the mysterious dolmen structures that were probably burial sites from the Neolithic period. Unlike Sochi, in Abkhazia you can find medieval monasteries, Russian imperial palaces and Soviet ghost towns still vaguely reminiscent of powerful empires. Most of these places were abandoned during periods of war, including the famous Soviet resort previously known as the Russian Riviera which is now being consumed by unruly nature.
Vibrant Local Culture 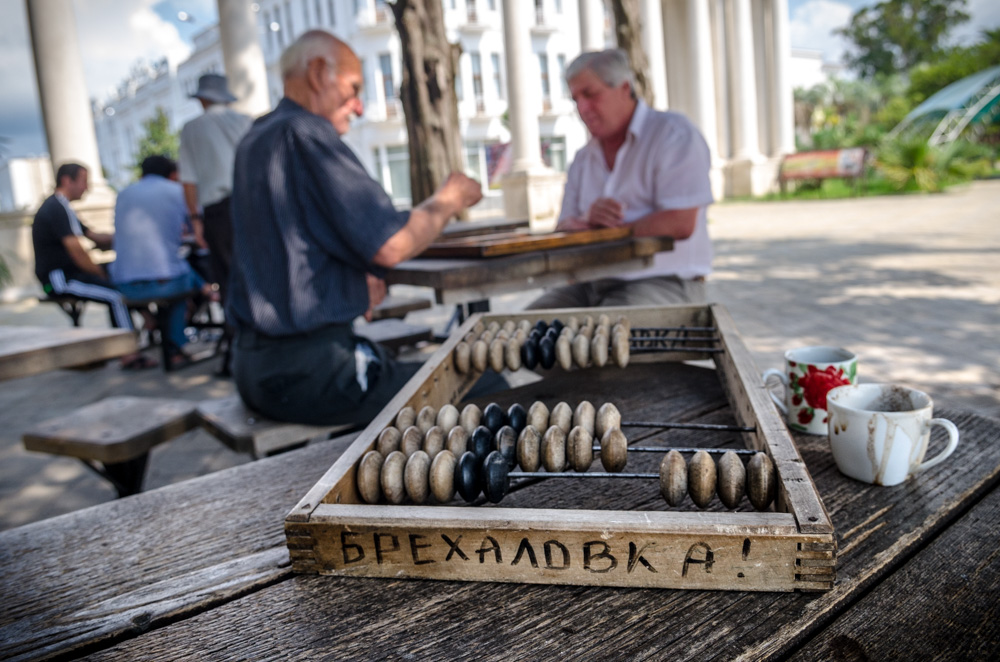 The natives of Abkhazia have survived a unique environment which has defined their remarkable culture, one that is chock full of traditions. Their complicated language is rich with thousands of tales and old proverbs that capture the soul of the people; “respect old men in your youth, and you will be respected in your old age.” Their tales also reflect “Apsuara,” a code of morality that stands strong and is mirrored in the local temperament. Because of their humane and holistic lifestyle, Abkhazians are known to live long into old age, they have an extraordinary number of centenarians living among their communities.
The Art of the Feast

When guests arrive, the food on the table transforms into a feast—from cheese pies (khachapuri) to smoked chunks of meat served with spicy adjika sauce. Add to that wonderful combinations of vegetables in sauces with nuts, served with homemade delectable wines and fruit vodka! The oldest man usually sits at the head of the table with his historical drinking horn. Called the tamada (toastmaster) his delightful toasts will encourage you to taste the nectar of the hills. After attempting to try all of the dishes it will be time to finish off the evening with traditional dances. If you are taken in as a guest, then you had better be ready for a lot of delicious food, drink and outstanding fun!
A Land of the Soul 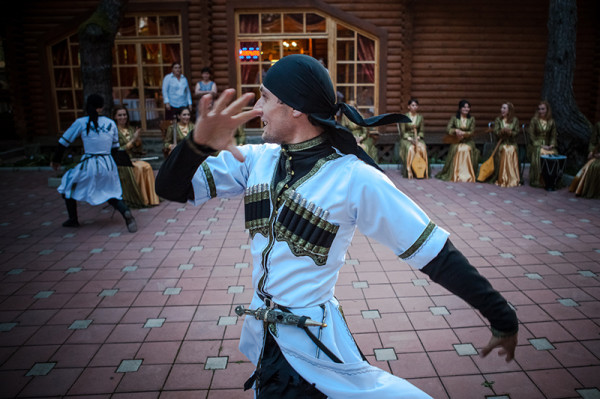 Abkhazians call their country “Apsny” which means “country of the soul.” Rarely do we have the opportunity in today’s world to find a place that has its own living soul.
Abkhazia’s distinctive history has evolved into an entity of the land. Whether you’re cooling off in the mists of waterfalls, trying out a traditional dance, or crossing a river in a Soviet military Jeep, the life of the land will embrace you. Every activity will be a new adventure, exposing you to the soul of the land and its people. This is a place where you will constantly encounter pleasant surprises—you’ll repeatedly say to yourself, “I couldn’t have planned this if I tried.”
Text
Dmitry Lemeshev
Other articles by
the author