Skip to content
4 reasons to travel to South Ossetia
Shortly after the events of 2008 we decided to conduct a detailed survey of the then new Caucasian republics and Nagorno-Karabakh with a similar status. But as we had already been in Abkhazia and Karabakh, South Ossetia was a genuine “white spot on the map”, and for many it still remains one…
Dmitry Lemeshev
Unwilling to overlook anything, we meticulously explored South Ossetia, leaving no stone unturned, gorge by gorge, carrying rucksacks. In groves and on hilltops we discovered 10th century churches, inconspicuous Ossetian shrines and traversed over a hundred kilometers of desolate highlands and Alpine meadows… We lived in an Orthodox monastery, helped the peasants to harvest apples and pears, and made 100 liters of preserves and 500 liters of cider…
It was an interesting and valuable personal experience that is hard to share. But what would make a short passage to South Ossetia appealing?
Hot spot cooled down

Russian soldiers in South Ossetia. Photo Dmitry Lemeshev
When the slogan “Georgia for Georgians” started to jingo in Georgia, the Ossetians had a choice: to become Georgians or to leave. Most of them disagreed with it, and took up arms to defend their homes and their right to be Ossetians and speak in the Ossetian language.
The confrontation lingered for 19 years and resulted in the recognition of the independent South Ossetia. Nowadays the borders of the new country are protected by the Russian army and shots can be heard only at wedding parties and Russian army firing ranges.
It very much reminds of the Balkan conflicts while the country is reminiscent of Emir Kusturica’s films. By the way he visited South Ossetia in 2009 and promised to make a film about this country. It is a unique, inimitable world where the legacy of Soviet mentality and the habit of living in war-time intertwine with natural joie de vivre and Southern temperament.
Ossetia and Georgia: two in one 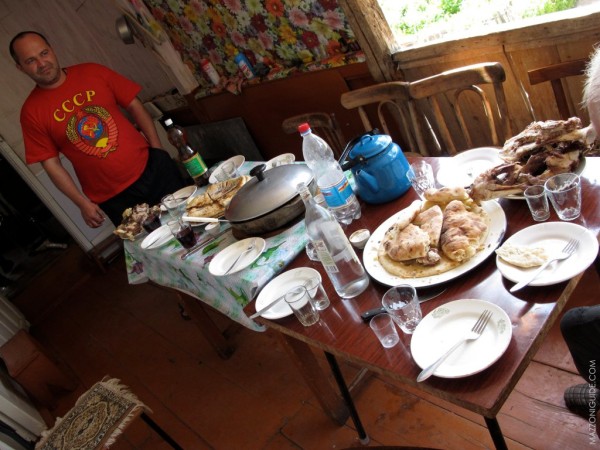 A feast at an Ossetian household: meat, home-made bread, Ossetian pies and… guess what’s in the kettle? Wonderful wine!
The Georgians who disapprove of radical nationalism still reside in South Ossetian villages. Georgian and Ossetian families live in peace and have good-neighborly relations. A journey through the valleys of South Ossetia oftentimes turns into a movement from house to house and tasting Ossetian cheese, Georgian khachapury (i.e., bread and cottage cheese), and making comparative analysis of home-made wines. In South Ossetia travelers have a unique opportunity to get to know two cultures at once, the Georgian and the Ossetian.
The Keli volcanic plateau 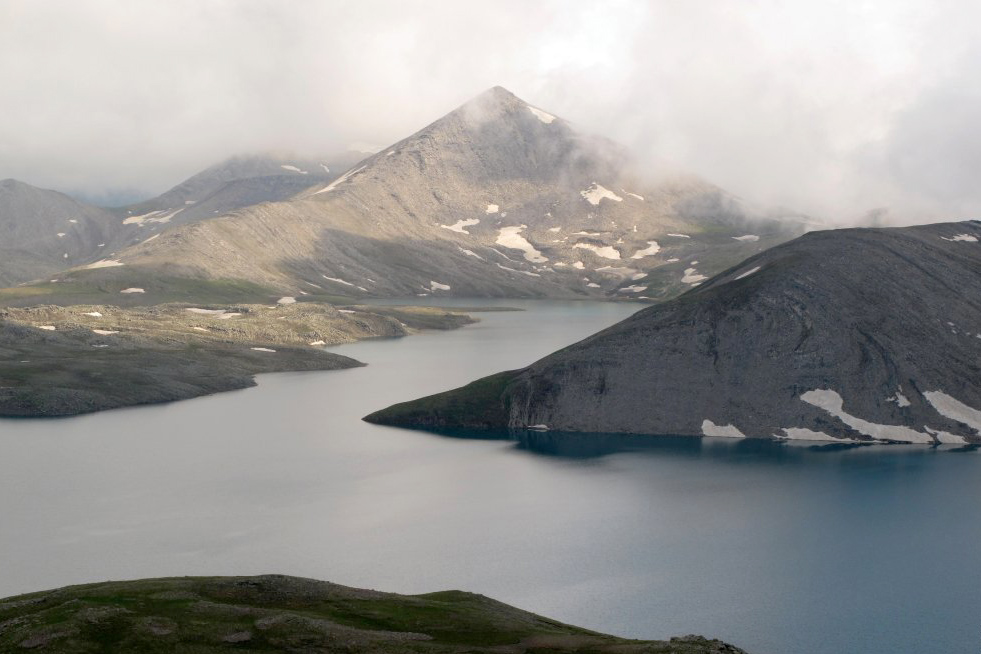 The rocky plateau fringed by ancient extinct volcanoes is a unique landscape for the Caucasus. Little lakes are scattered all over the plateau but the major landmark, the 1.7 km long Lake Keli is in the west.
These wild Alpine places are quite accessible for novices but may astound even seasoned tourists. 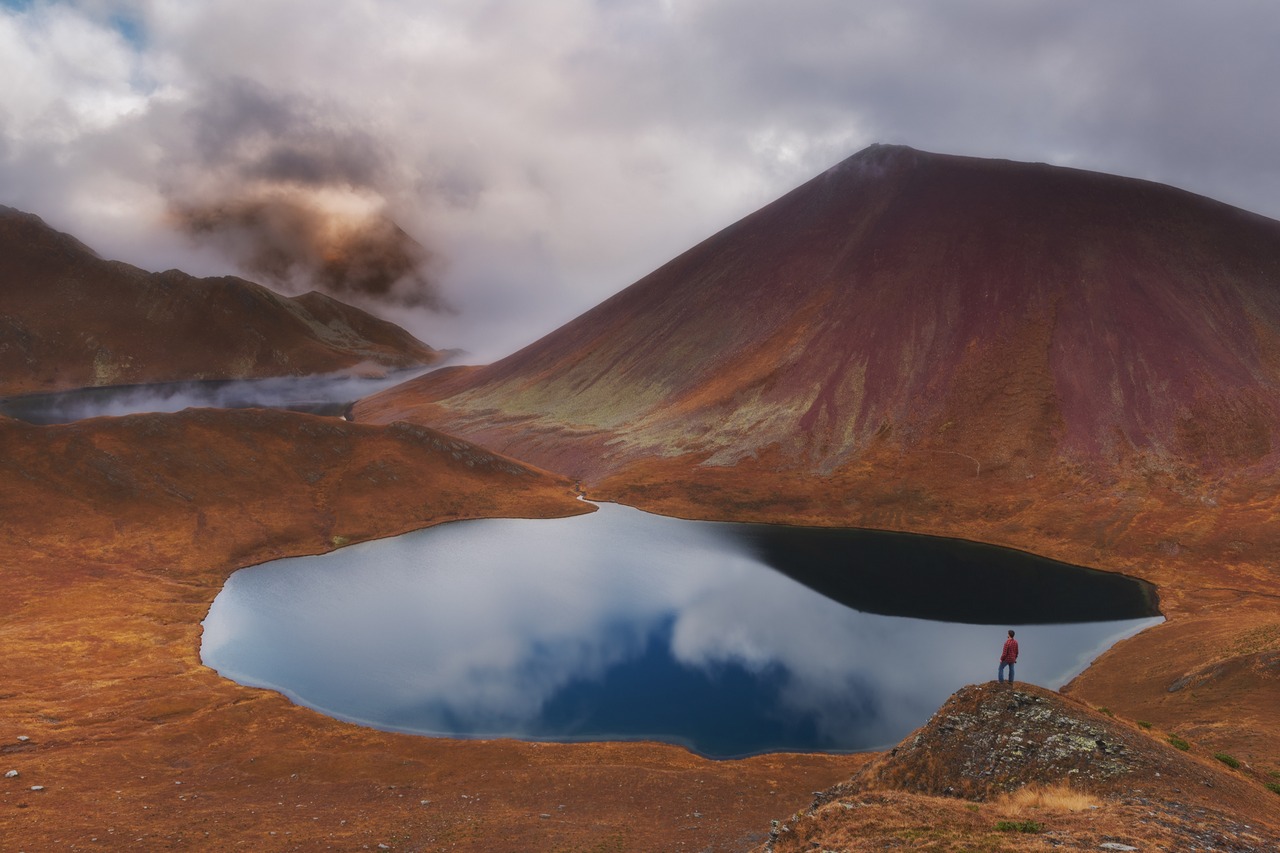 A view on the Keli plateau from the Georgian border.
Narzan not from the bottle

If in the mountains you come across a creek with rusty water, be assured, it is a medicinal spring! In the picture: a spring and the towers of Upper Erman, South Ossetia.
Picture this: a huge valley in the mountains of the Central Caucasus overgrown by Alpine fir trees and meadows. Small villages within the distance of 1-2 hour walk are endowed with one or more fuzzy mineral water springs. It is genuine live Narzan from the ground, not from the bottle! Each spring has its own taste and medicinal properties. One is exclusively good for the stomach; another one immediately sobers you up after having imbibed any quantity of wine. The wealth of tastes is such that mineral water tasting may become one’s main pursuit during the trip to South Ossetia.
Text
Dmitry Lemeshev
Other articles by
the author